Spring Forecast: Get Ready for Rain

Spring is finally warming up much of the country, which means rooftop concerns are beginning to shift from blankets of snow and ice to buckets of rain. Meteorologists with the Weather Channel predict a wetter-than-average spring for large swaths of recently drought-stricken regions, including much of Texas and states just to its west, especially New Mexico, Colorado, Wyoming, Arizona, and parts of Montana and Idaho.

When it comes to roof collapses, rain is just as big a threat as snow and ice. In the early weeks of spring, you’re often even dealing with a combination of all three.

Roof Sensor™ is the only system on the market that monitors live loads of snow and water, feeding real-time data to a 24-hour surveillance center that can issue warnings to building owners and roofing professionals instantly. With groundbreaking technology, we’re able to eliminate guesswork and offer priceless peace of mind.

Summer is the best time of year to install the entire Roof Monitor system. Let’s talk today about how we can turn your roof into a smart roof. 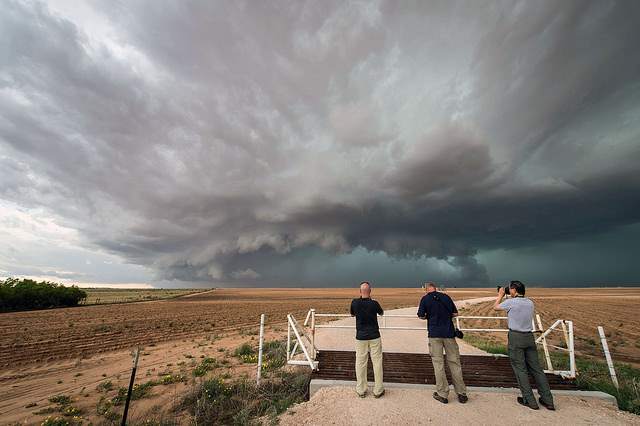 Storm-ready: Spring will bring heavy downpours to much of the country this year. Are you ready?

Photo by Craig ONeal, via Flickr with Creative Commons License