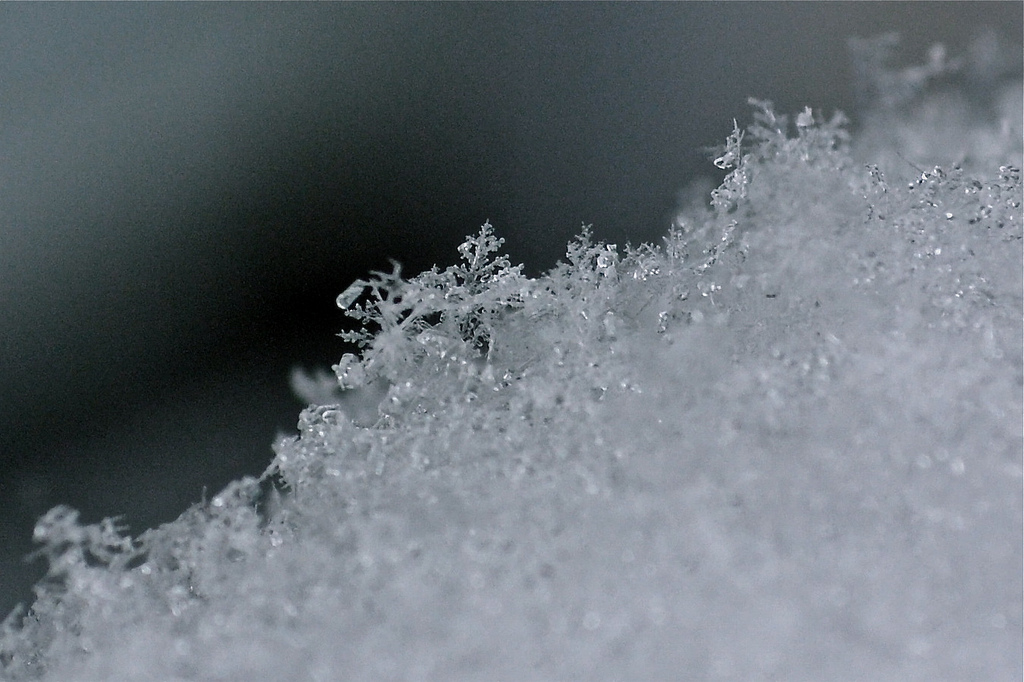 From creating breathtaking beauty to wreaking costly havoc, snow defines each place it falls. It’s easier to appreciate the effects of snow if you understand the basics of snow’s composition.

No two snow showers are exactly alike. Snow’s density and even color may change from one storm to the next, dictated by a variety of environmental and meteorological conditions.

Snow is a mineral, like diamonds and salt. Each snowflake is made up of delicate ice crystals and air. Oxygen hugs each frozen water crystal, creating the unique flakes celebrated in holiday songs. All of that oxygen results in snow having a volume made up mostly of air—usually 90 to 95 percent. Snow’s “heaviness” is actually determined by how much water is in the snow—what scientists call the snow-water equivalent. Water is heavier than snow, and the higher the ratio of water to air is in one layer of snow, the heavier that layer is.

While snow does not become heavier on its own over time—weight is added as more precipitation falls—it’s important to remember that just because a foot of fluffy snow settles down into six inches of packed snow, it has not lost any density. That squished snow weighs the same as it did when it measured twice as deep.

Once the snow has fallen, even more factors help determine the white stuff’s behavior, from air and ground temperatures to existing precipitation that has already coated surfaces such as roads, trees, and roofs.

Why does all of this matter?

It’s a huge part of the reason why we invented Roof Monitor. When so many variables work independently to determine how snow will affect an area, trusting your gut or even years of experience about when to remove snow from a roof just doesn’t make sense.

So call us. We’re standing by, ready to talk.