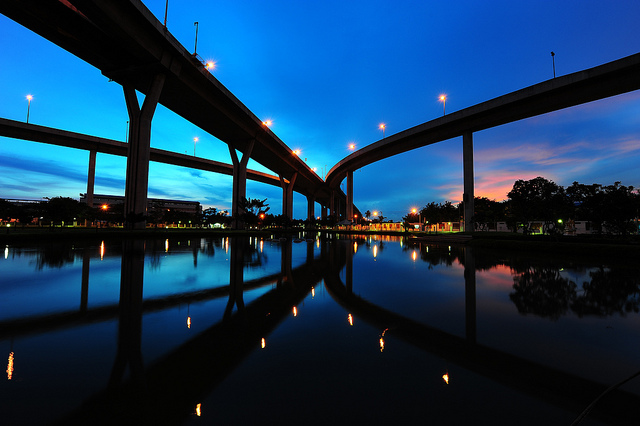 A stormy spring flooded much of Texas and other parts of the country as well.
Photo by Mike Behnken, via Flickr with Creative Commons License

From roofing and safety, to weather and technology, we’ve collected some of the most interesting recent stories on the web:

Big rains led to big trouble for roofs in June. Tropical Storm Bill wrecked havoc on a Wells Fargo bank’s drive-through roof in Clear Lake just outside of Houston, while about two weeks later in Fredericksburg, Virginia, downpours helped bring down the roof of Capital Ale House, a local restaurant.

These guidelines for purchasing insurance for your roofing business published by Professional Roofing magazine are a godsend.

Roofing Contractor magazine hosted a conversation among industry leaders about technology and the ways in which it’s being leveraged to improve day-to-day operations––especially when it comes to communicating with customers using smart phones and tablets. Read the highlights.

Hearing loss is a big problem for construction workers. During Safety 2015 in Dallas, experts discussed the issue and how new strategies and devices are combining to better protect workers’ ears. EHS Today offers an in-depth review of the conversation.

Hurricane season officially kicked off June 1, and while forecasters expect fewer storms this year thanks in large part to El Nino, that doesn’t mean the coast is clear. Brian McNoldy explains the predictions in the Washington Post.

The historic flooding in Texas at the end of May devastated the state. Austin NPR affiliate KUT offered this look at the lives lost and rebuilding to do in Wimberley, while this thorough blog from the Houston Museum of Natural Science details the damage, the surprise bayou flooding, and the science behind H-Town’s dangerous weather.

A recent Freedonia Group study forecasts an increase in roofing demand in the U.S. through the next several years, buoyed by expected jumps in new construction.

The U.S. Department of Defense is introducing tech-savvy roofing systems to its existing buildings, focusing specifically on harnessing renewable energy. The project is big green news, as the DoD is the largest energy-user in the country.

An Idea’s Journey outlines the beginnings and development of Roof Monitor, the system that continually monitors water and snow weight loads on a roof. It is designed to provide real-time reports to the right people so that preventative action can be taken.