In Northeast, Big Snows Add Up to Big Headaches 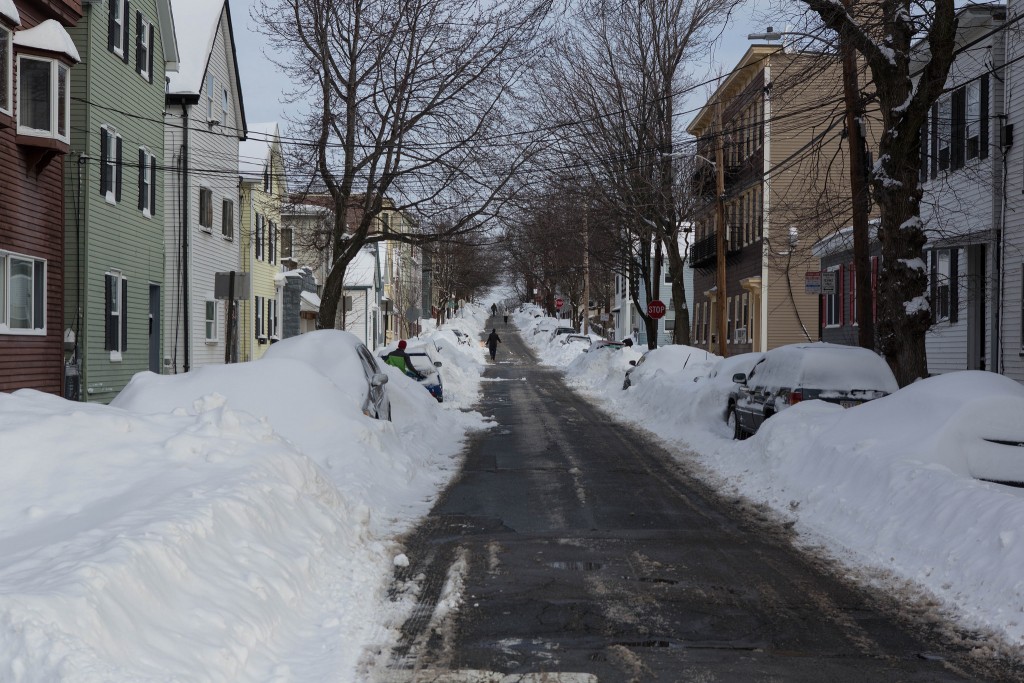 Boston has had a record-breaking winter.
Photo by John Hilliard, via Flickr with Creative Commons License

Roofs have collapsed across the Northeast in recent days due to back-to-back heavy snows.

A fierce winter storm hit the already badly battered Massachusetts especially hard. The roof of a commercial structure in Rockland, about 20 miles south of Boston, gave way while people were in the building. Thankfully, everyone inside walked away unharmed. In Quincy, a suburb just south of Boston, the roof of a movie set built at shipyards also collapsed. While no one was inside at the time, a gas line did rupture — dangerous collateral damage. In nearby Bridgewater, to the north, an old warehouse roof caved. Emergency officials said it was the second roof collapse for the small community in a week.

The snow has definitely proven to be one for the record books: Boston measured more than three feet at Logan Airport on Monday, easily passing the old record. As of Tuesday morning, Boston had endured more snow from this round of storms than Philadelphia, New York City, Washington, D.C., and combined — and is prepping for yet another round of snowfall.

Government officials urged home and business owners to clear roofs when possible, warning that the frigid temperatures and relentless precipitation made ice dams an ever-growing threat.

Roof Sensor™ by Roof Monitor™ exists to take the guesswork out of these stressful situations. Come summer, we’ll fan out across the Northeast to install Roof Sensor on as many of the region’s low-sloped commercial roofs as possible.